Mortal Kombat isn't the only game out there. Discussion from games to consoles are welcomed here.
Post Reply
6 posts • Page 1 of 1

As the next generation is upon us, where does your allegiance lie? Will you get getting them day one, or wait to see what the future holds for all?

Haven't really paid all that attention to the next gen consoles. All I've heard is how Microsoft is trolling consumers with the DRM polices but those were done away with thankfully. The whole thing about always being online seemed kind of made into a big deal. Nowadays it's much harder to play offline than online. Although Microsoft's answer to consumers that have a problem keeping their console consistently online was pathetic. Stay with the Xbox 360. I wonder what all the faces in the big office at Microsoft looked like? Microsoft's E3 conference was not well received, in fact they should have changed their logo to this... 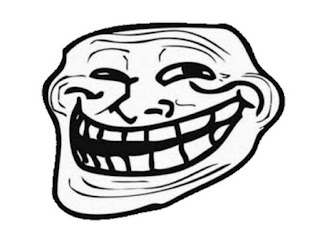 I wll not buy either console on the first day. Games are the deciding factor on which one to get first. The Wii U is next gen right?
Top

I'm not much of a gamer these days and since I'm so used to Sony and satisfied with them all these years, I'm pretty sure I'll pick up the PS4 at some point.
Dave Rosteck
Founder & Webmaster
dave@davesmk.net
Top

Yeah I haven't decided one way or the other. In the early days the PS4 was the clear choice, but the XBone has made some changes for the positive and the new Kinect actually has me excited (for it's other applications, not jumping around like a loon).

I've got other of the current gen and I'll be honest, the PS3 collects more dust. Will defs wait for the second revision.

And yes FRK, WiiU is classed as next-gen.

The Xbox One definitely has some really cool concepts and I really want it to succeed. BUT, M$ left a really bad taste in my mouth with the 360. The hardware was a hunk of junk to put it lightly. Plus Xbox Live started so promising, but it's a mess. Really, you have to pay to use "free" apps? I sold off my 360 about a year ago and haven't really regretted it. It's unfortunate too since the Kinect is such a cool device.

While the PS2 was hit or miss for me, I actually really enjoyed the PS3. Sure it had its flaws, but at the end of the day it suited my lifestyle. And it's too bad that it's best exclusive game wasn't released until the end of its life (The Last of Us).

But like FRK, the games are the deciding factor to me. I don't really need another home theater "machine" at the moment and PS4 sounds fine and all, but I won't be rushing to get either one.
adamDMK
adam@davesmk.net
Top

I'm not interested in getting any next-gen systems right now, but I may eventually get a PS4.
Top
Post Reply
6 posts • Page 1 of 1